They are complex devices with variety of factors and components that one needs to make the pinions cooperate, as it were. The Drone is a pivotal piece of the delivery framework; however, a thorough drone solution includes substantially more than simply the Drone. In this article we portray the different pieces of the drone’s actual frameworks, the payload and why it is significant.

What is a payload?

The payload is the additional weight the drone carries to perform its obligation.

Numerous multiple times individuals neglect to consider the payload a different segment from the actual drone itself, similar to cameras, radar, lasers, sensors, etc. The drone payload changes depending upon the target of your main goal. For instance, assuming you were utilizing the drone to transport medical supplies, your payload shall carry life-saving vaccines or medical aid packs. On the off chance that your goal was to study a distant plot of land for research then your payload would be a powerful camera.

Drones are profoundly adaptable and can carry nearly whatever is expected to achieve their central goal. Instances of this include drones that can transport vaccines for clinical missions or drones that can carry search and rescue equipment’s to far off areas.

You will frequently see a flight time cited with your model of robot – however, ensure that you consider whether this flight time is with or without a payload.

‍Why? It is pretty straightforward: the flight time is bound to be diminished when it's carrying additional weight, simply in light of the extra force needed to lift it (we'll get to the physics in a moment).

It may all appear to be somewhat self-explanatory, however here goes: the higher power-to-weight ratio your drone has, the heavier a payload it can take on. Nonetheless, drones with a high power-to-weight ratio are those gigantic badasses that we could barely manage to carry ten feet. Heavier drones will affect the power needed to carry enormous payloads, and you will see this result in flight duration time. One could consider overhauling the battery however a greater battery implies a heavier payload, limiting what else you can put on the drone!

Adding payload mass to a drone changes the dynamic reaction of the system. The drone's flight control system should maintain stability with altered attitude dynamics and should likewise dismiss any predisposition force initiated by a shifted center of mass.

Read more about the safety bag to make sure the importance of stabilization.

In the event that the drone doesn't maintain stability with changed payloads, or can't dismiss the disturbances because of unequal stacking, the drone will be destabilized. This is particularly significant when a straight business off-the-rack framework is utilized, which may not be versatile to changes. Adding weight to the drone slows the natural frequency of the attitude dynamics — this has the benefit of sifting through high frequency disturbances, however, makes it harder to influence quick course maneuvers.

The Center of Gravity of a body is the hypothetical point where the whole weight of that body is thought to be concentrated.

Considering the M300 RTK, the drone offers triple gimbal support; two below and one on top. The drone is designed in such a manner that the weight shall be placed in the front half of the drone body. The batteries placed in the center of the machine to counterbalance the gimbal weight. The payloads are strategically placed to ensure equal weight distribution on all 4 rotors, so as to warrant prolonged flight time. The M300 RTK is technologically advanced to offer the feature to calibrate the center of gravity of the drone to maintain its balance and stability when in flight.

The Loricatus Delivery Box underwent many design changes before finalization. The box saw various sizes variations to maximize the weight bearing capacity without overloading the drone and staying within the prescribed weight limits. The shape of the box was changed strategically to corroborate the balance and stability of the drone in flight.

The drone box is placed with additional security of a stabilization bag to make certain the gravity center of the box and consequently the drone does not shift with the movement of the articles in transport.

We constructed the box within the recommended weight guidelines of 2.7kg weight capacity, from the drone manufacturer. The delivery payload is constructed with a light-weight but robust material of carbon fiber. The material in essence can wither tough weather conditions. The design of the box is tapered in the face cylindrical in body. The tapered nose of the box makes it easier for the box to cut through the winds with the drone in flight. Due to the tapered front of the box the drone does not face any resistant wind currents during flight making it easier to maneuver and less battery usage.

Technology: Hovering above our Heads 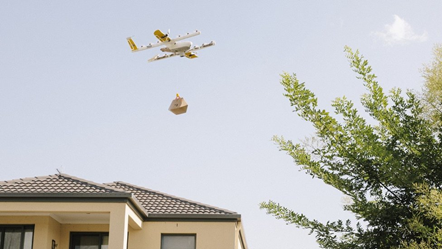 To Drop or Not To Drop?

THIS IS THE QUESTION. Delivering coffee or hamburger via drone? Is it really that a good idea?

How can a payload affect the drone's ability? Get to know more about the physics behind our delivery system.

The importance of safety bag

Why is a safety bag needed in flight? The tragic accident in the article accurately illustrates the importance of it. 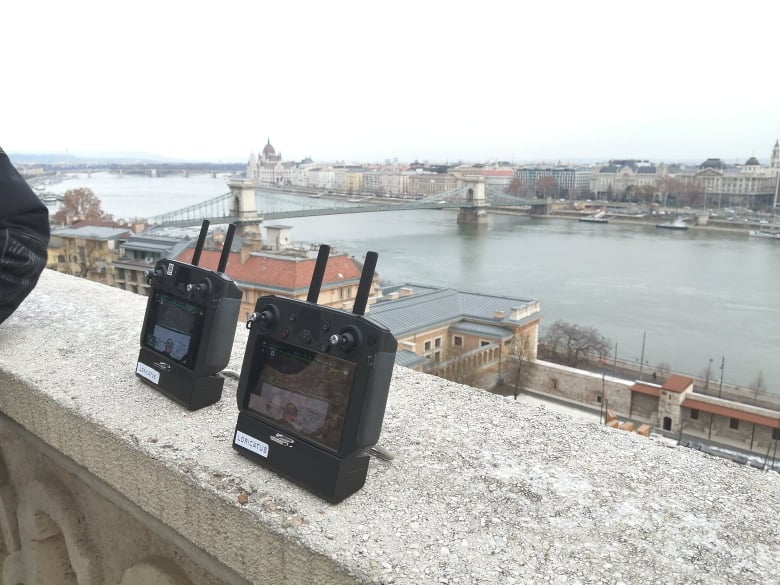 The importance of Dual Operator Mode

Why we decided to build our system on the Matrice 300 drone? The dual operator mode provides us to fly with full responsibilty when delivering a package.

Loricatus is announcing a tender!

Home office? Forced holiday? Online education? Don't be bored during the third wave of the coronavirus either! Immerse yourself in the possibilities of drone transport and win! You can read about the details in the description of our application. 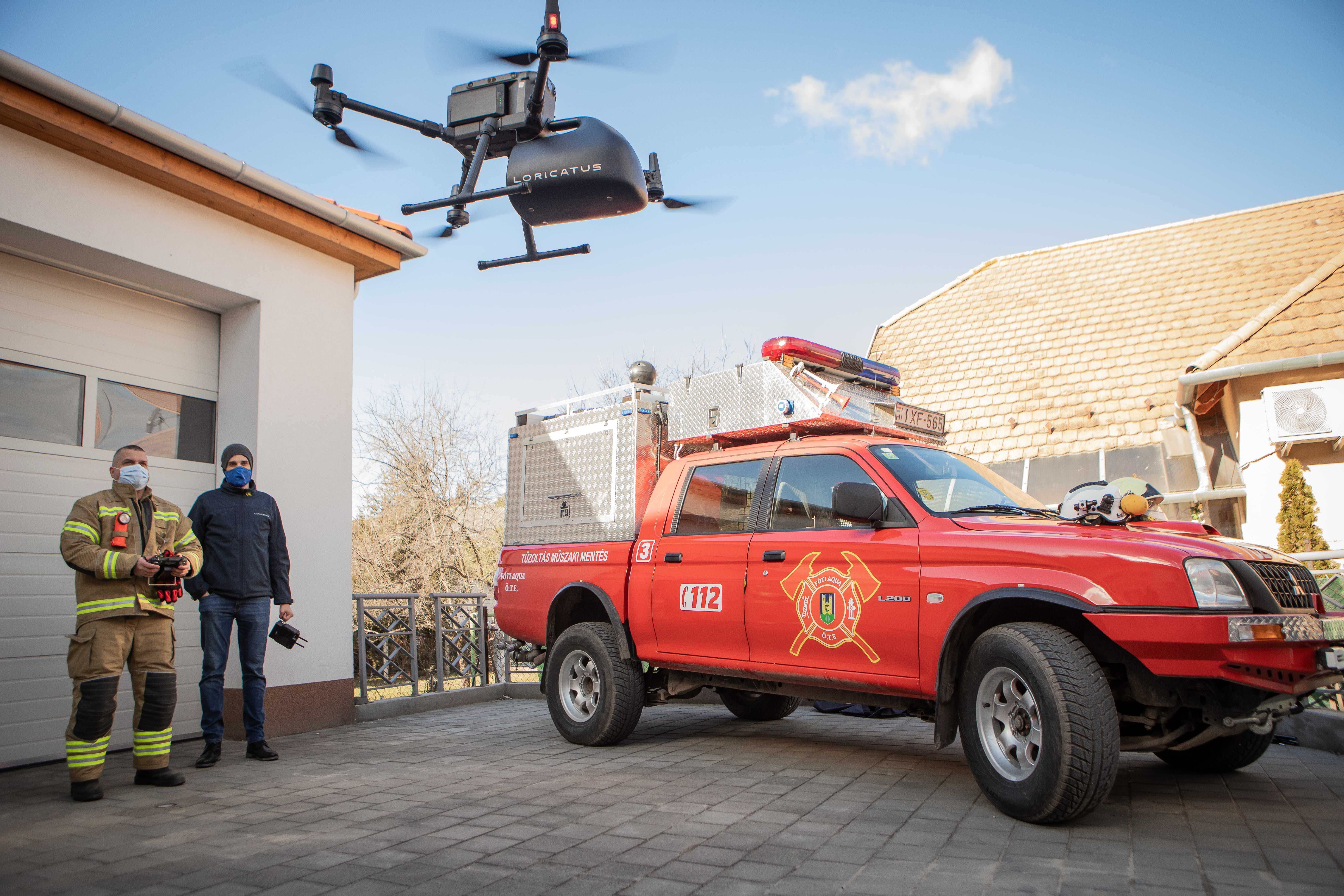 For what purpose does the Nimrod Special Rescue team use the Loricatus Delivery Box? You can read about three different cases in our writing. 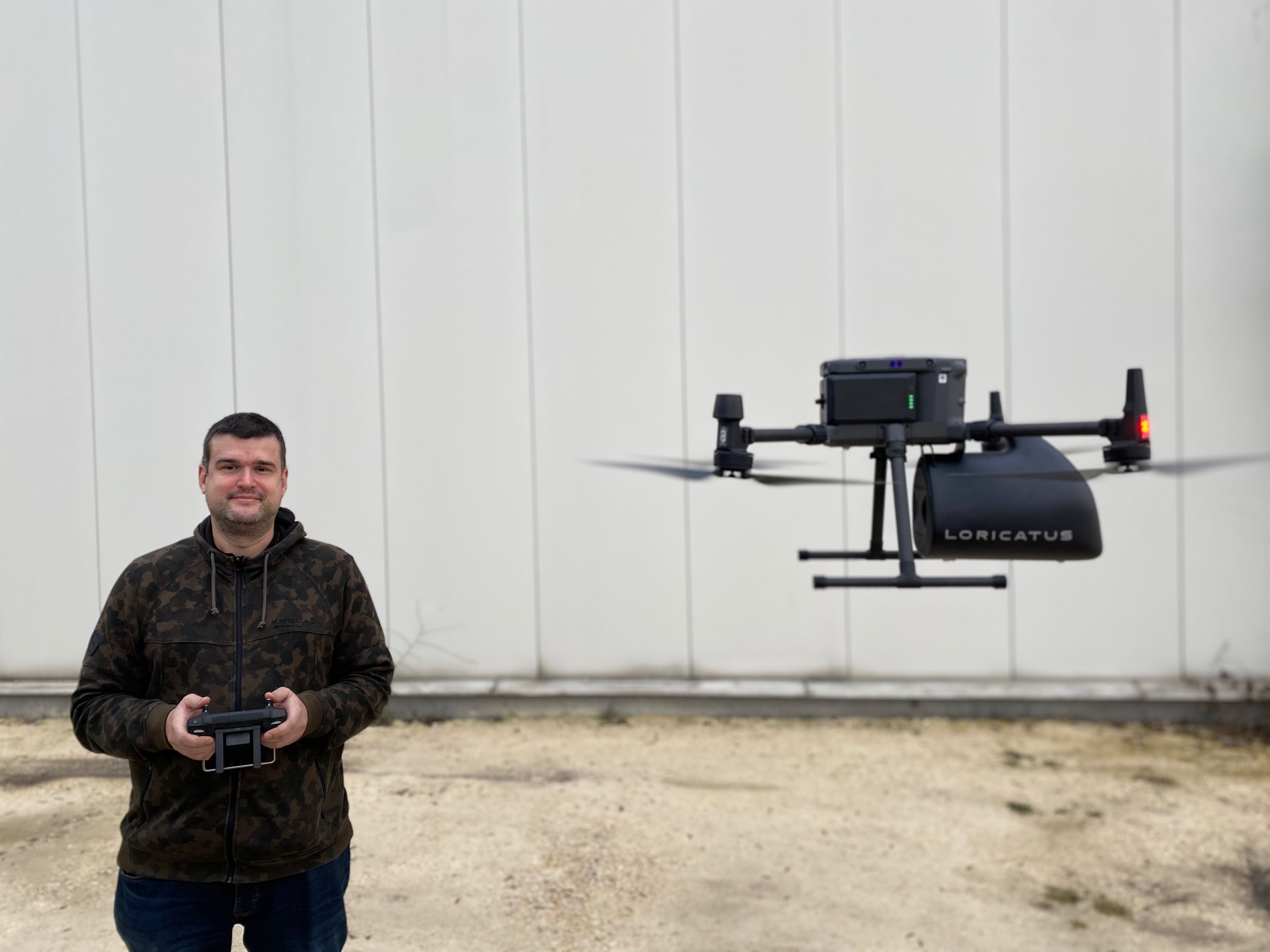 We interviewed Andor Süli, an employee of Duplitec Ltd., authorized hungarian distributor of DJI, about his profession, drones, and his experience with the Loricatus Delivery Box. 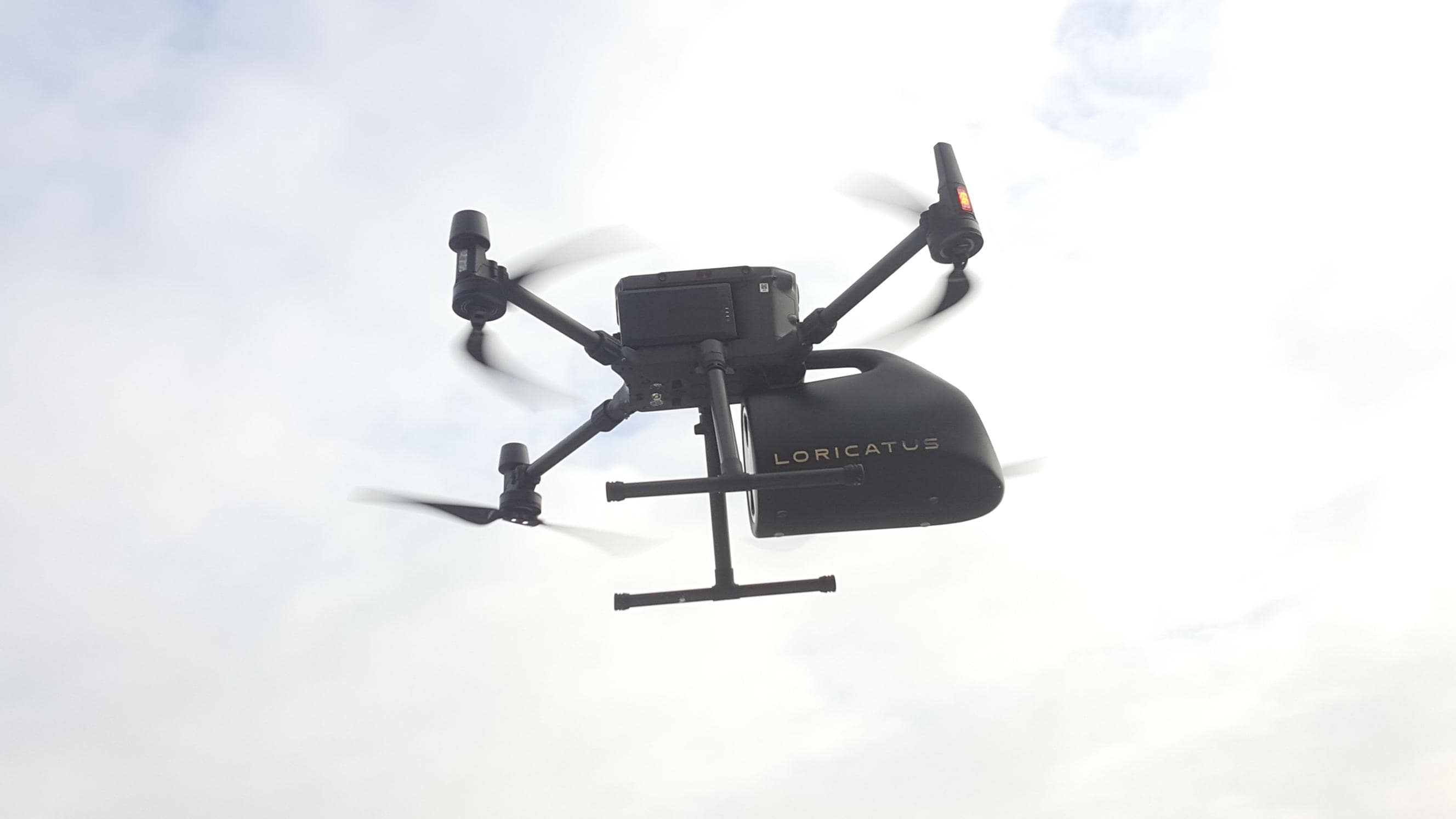 Delivery Methods: What is the difference?

Everything you need to know about drone delivery methods. Drop-delivery, last-mile delivery, fixed cargo? Our article reveals the difference. 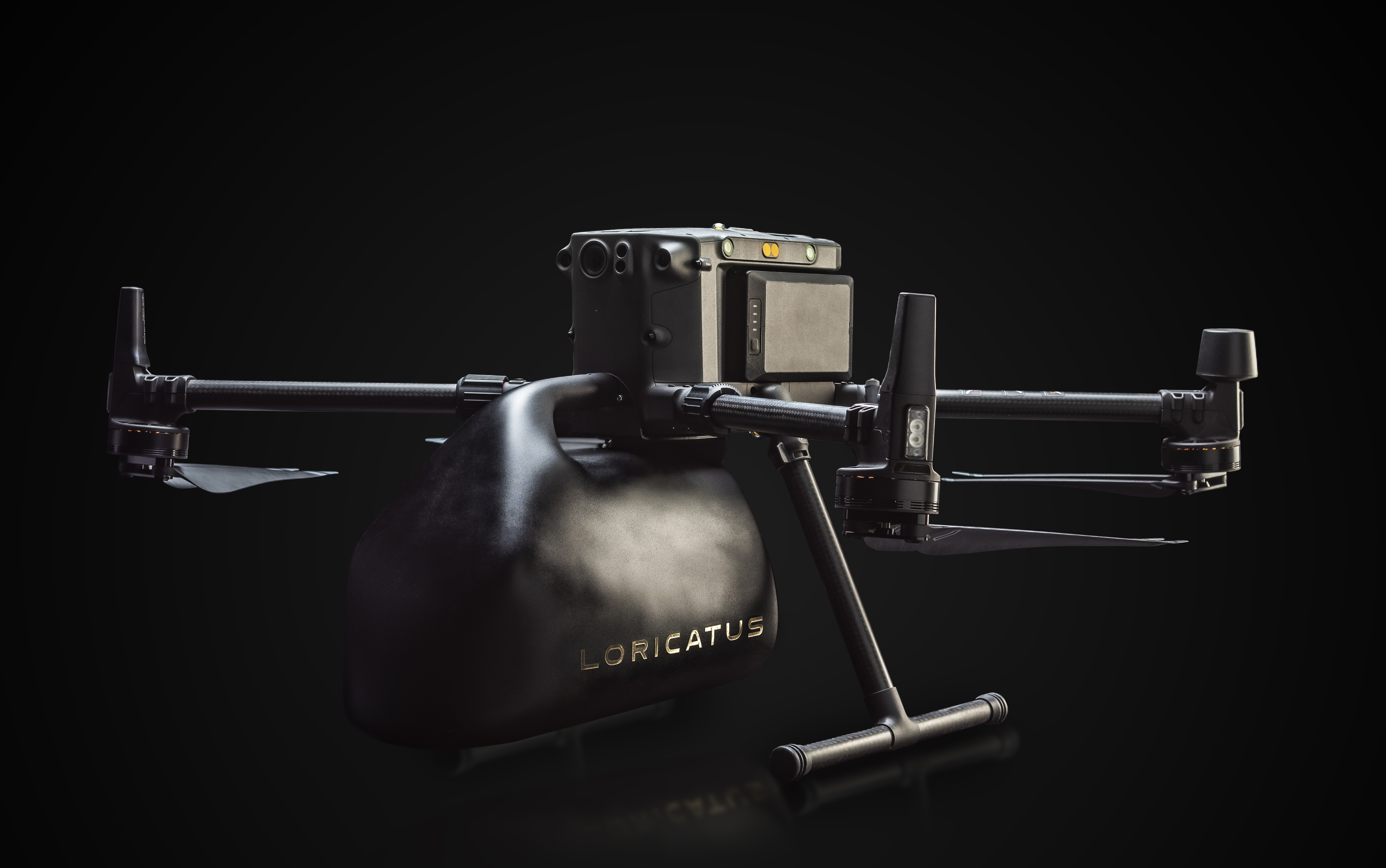 Explore the concept of our drone delivery system. How did we get into it? What would we use it for? How It works? In our article you will get answers to all your questions.